Ohm Ganesh Pro presents Djeriko with their latest track titled Multiverse. Ohm Ganesh Pro happily presents a killer new album from the Djeriko project called \'Multiverse\'! Djeriko aka Djeri Milhose Diaz, half Guatemalan half Brazilian, since he was a little kid, he showed interest for different music genres, his fathers played classical music and Pink Floyd, at the age of 12 he bought his first instrument, an electric bass, he played in a heavy metal band till he was 16, one day, a friend shows him a psytrance disc and this turns his musical universe inside his head. As soon as he graduates from high school gets into the University, where he learns to mix music in the Landivarian clubs, starting with darkpsy and high-tech, then he co-founds the first psychedelic music bar, named, Psybar back then in 2010, working for a year and a half, following his dream to take the psychedelic music to every person searches a psychedelic style that could be reached bt everyone and starts to mix Progressive Psytrance in the year 2010, then by his previous inspirations he realizes that the Progressive psytrance does not meet with his own taste and meets the progressive dark in the year 2011, and founds his promotion company Feedback productions in the same year, under which he brought many international artists. He has been mixing for 11 years, starts his production in 2015 assisting to Ableton courses, then to be more professional he gets into the University and studies bachelor\'s degree in Acoustic Technology and digital sound in the Universidad Galileo in 2016, ends pens the December the 4th of the year 2019. Currently producing progressive dark, a sub-style that he calls Hightech prog. In the year 2019 ends his first EP named Multiverso, which will be launch with Ohm Ganesh Pro Records in 2020. Djeriko assures that psychedelic music is a way to live and grove and says to us: Psy forever!!! Enjoy psychedelic vibes!
Tag Ohm Ganesh Pro 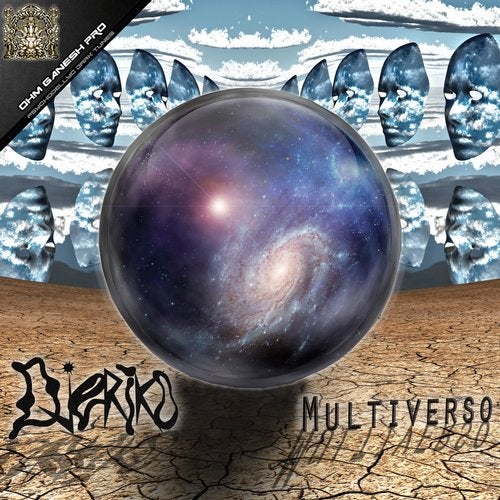